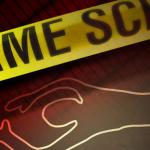 A six-year-old Harare boy died after he was pushed to the ground by a six-year-old girl while they were playing on Sunday.

The boy sustained serious head injuries when he hit the ground resulting in his untimely death and the juvenile is facing murder charges.

The Zimbabwe Republic Police (ZRP) said the two children were playing in Glen Norah C and are both ECD pupils at a local school and are neighbours. ZRP said in a tweet:

Police in Harare are investigating a murder case in which Given Tsuro (6) died upon admission at Sally Mugabe Hospital yesterday after a six-year-old girl pushed him whilst playing, resulting in him sustaining serious head injuries. The victim collapsed on the tarmac on 17/10/21 along 5th Close Road, Glen Norah C.

ZRP spokesperson Assistant Commissioner Paul Nyathi said they were treating the case as murder. He said:

It’s a murder and we want to find out what really transpired and we will also be guided by medical experts, the laws of the land in terms of handling cases involving minors.

The minor is under the parents’ custody as the investigations are ensuing. We are not at liberty to say when the minor is expected to appear in court.

We had a case in Masvingo of a grade one pupil assaulted a classmate whilst they were playing a kicking game known as “Kigida” or “Magadu” on October 15, 2021, with the victim dying from the injuries.

When children are playing, they must be monitored and they must be told to play in such a manner they don’t injure one another, like what we witnessed in Masvingo and Harare.

US$4.00 Harare
Chapwititi 6 months ago

The minor according to law is incapable of committing a crime.It's not murder case but the docket is investigated as Sudden Death;that is a point of correction.

Mwana uyo needs strong counseling and daizvaiita votsvaga someone to exchange houses vaende to a different neighbhourhood otherwise the kid will be tormented by friends forever.