Girl (17) Raped, Stabbed On Her Way To Write ZIMSEC Exams 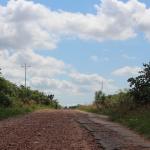 A 32-year-old Chivi man has been sentenced to 24 years in jail for rape and attempted murder.

Francis Mureza of Macheka village under Chief Madyangove waylaid a Form 4 girl on her way to writing her final Ordinary Level examination before raping and stabbing her with a knife in an attempt to kill her.

Mureza raped the 17-year-old girl before stabbing her several times on the head and neck with a knife and then hitting her on the head with rocks, leaving her unconscious.

The National Prosecuting Authority’s Liberty Hove said that on 1 December this year, Mureza met the complainant on a footpath in Madyangove while she was on her way to sit for her ‘O’ Level exams.

Mureza grabbed the girl from the back and carried her to a bush thicket where he raped her once.

After committing the offence, Mureza allegedly ordered her to remove her school uniform blouse and cover her face.

The girl removed her blouse but stood up and started to run away from the attacker.

However, Mureza gave chase and caught up with her before tripping her to the ground.

He then pulled out a knife and stabbed the girl several before striking her with stones, leaving her unconscious.

Mureza took away the complainant’s cellphone, her black school shoes, a pen and a pencil and left.

When the girl regained consciousness, she alerted villagers and a report was made to the police.

The knife used to commit the crime, the girl’s cellphone, shoes and pens were recovered from Mureza, leading to his arrest.

A medical examination also confirmed that the girl had been raped.

RAPEST TO BE DUMP IN THE SEA FOR GOOD

My deepest sympathies for this young girl who was subjected to such chilling and horrific moments, terrifying moments that will probably give her nightmares for the rest of her life. We should intensify efforts to empower the girl-child against such evil and mentally-twisted men. 24 years is shocking lenience!

US$8.00 Chitungwiza
John jombo 5 months ago

24 yrs ishoma he will come out and rape again castigate or life imprisonment Zinwa ne munhu!!!!!!

Enjoy it in prison sgebenga