Girl (15) Dies During Childbirth In Marange 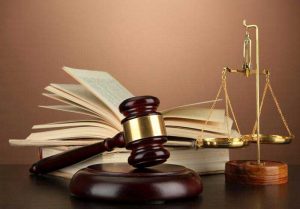 A pregnant 15-year-old girl from Marange, Manicaland Province, died last Wednesday after bleeding excessively while under the care of a faith healer.

The now-deceased Ferby Munyafi of Chiadzwa Village in Chief Marange’s area was married to Arthur Chitombo (29) of the same village.

Chitombo was not asked to plead when he appeared before Mutare magistrate, Prisca Manhibi, on Tuesday facing charges of having sexual relations with a minor.

Prosecutors said Ferby got married to Chitombo in April 2021. She fell pregnant but did not register her pregnancy at the clinic.

It was further alleged that on 9 January this year, Ferby started experiencing labour pains and was rushed to a faith healer in Mafararikwa Village.

On 12 January, she bled excessively as she was in labour and died before she could give birth.

The body was ferried to Victoria Chitepo Provincial Hospital for post-mortem.

Teen pregnancy is happening in rural areas all over Zimbabwe. That is the first problem. The second problem is that some women are deciding not to give birth in clinics and hospital. When such a delivery becomes complicated, death is the most likely outcome.

Those are the real problems that need to be addressed

I'm just so tired of these Marange people and deaths of minors.
To be honest, I believe it's best to just ban musangano wacho altogether. There's nothing they contribute to the society except in nothing but deaths of innocent children. I know it sounds extremely aggressive but I can safely say that this is just the best possible answer to the problems their giving to us as a nation.

As long as the parents support. Early marriage. And their strong belief in apostolic faith we are far. To win I used to be employed in UMP as a girl child co_0rdinator Redd barn. Zimbabwe I become an enemy of the community as they were pushing. Their 10 11 12 years girls to cook for teachers. So that mwana. Atore naTeacher. Ndowana Mari yemusana.

It's a very unfortunate phenomenon. But at the same time we should know that coming from Marange area does not mean every Marange issue is a church issue. A thief may come from Marange but not being a mupostori. I am not one of them but I do not want to comment from an uninformed position.

Marange is not aa church buh a place nje

Yes because they know they will be granted bail and disappear