G40 Kingpins Gang Up On Magaisa After Stinging BSR 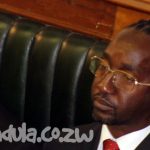 … appears to target [Jonathan Moyo] in particular but mentions [Saviour Kasukuwere] myself in a weak attempt to make the article appear to be a conceptual piece although it is an ad hominem attack on [Jonathan Moyo].

An “ad hominem” response is an argument or reaction directed against a person rather than the position they are maintaining.

Zhuwawo, Kasukuwere and Moyo were alleged members of Generation 40 (G40) a ZANU PF faction that was attempting to take control of the ruling party during the late former president Robert Mugabe’s twilight years.

In a tweet on Monday last week, Prof suggested that the MDC Alliance should channel the US$120 000 donated by party supporters to buy party president Nelson Chamisa an armoured vehicle to purchase offices and bicycles for polling agents for the 2023 elections. Moyo wrote:

In his latest BSR published on 17 December, Magaisa argued that people who have been in power for a long time manifest what psychologists refer to as “post-power syndrome” when they leave office. He wrote:

Post-power syndrome is a condition that afflicts individuals who believe they have power or status in society long after they have left their positions of power.

Typically, an individual who used to hold a position of power and influence, whether in a company, organization, or the state, but now they no longer have it.

We may, for convenience, refer to this stage when they no longer have power as the post-power phase.

For individuals suffering the post-power syndrome, they will be physically out of power, but mentally, they will still be wielding power and influence.

The coup swept them away, leaving them without power. Some had to flee into exile while others were thrown from pillar to post in the politicized criminal justice system.

The post-power phase has not been easy for them although each of them has handled it in different ways. Some like Professor Jonathan Moyo remain vocal in the political arena, while by contrast, former police boss Augustine Chihuri has been on mute since the coup.

Mandi Chimene is allegedly holed up in Mozambique while others like Saviour Kasukuwere and Patrick Zhuwao are living in South Africa.

Dr Ignatius Chombo, who was detained and tortured during the coup, has been dragged around the courts to no avail.

Jona, Zhuwa na Sevhiya must shut up. You are no longer relevant and off the radar, just keep quiet and search for food in your holes😂

US$0 Harare
Kakistocracy 🤣Muchakaka 4 months ago