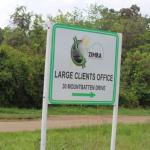 The Zimbabwe Revenue Authority (ZIMRA) Board vice-chairperson Josephine Matambo has announced the retirement of Rameck Masaire who was the Acting Commissioner-General. Below is Matambo’s statement in full:

The Zimbabwe Revenue Authority (ZIMRA) Board announces the early retirement of Mr Rameck Masaire who was the Acting Commissioner General (ACG) of ZIMRA. The retirement is with effect from 1 February 2022.

Mr Masaire re-joined ZIMRA as Commissioner Domestic Taxes on 1 September 2018, coming from Ernst & Young. He served in that role until 1 February 2021 when he was appointed ACG of ZIMRA, the role he has been executing until his retirement notice on 30 December 2021.

With his vast tax knowledge and experience, he has provided valuable leadership to the organisation and the team that he has been working with over the years.

A number of notable achievements have been recorded during his time in ZIMRA, which will remain an invaluable legacy for the organisation and the nation.

The Board takes this opportunity to thank Mr Masaire for his contribution to the organisation and wish him well in his future endeavours.

In the same breath, on behalf of the Board, I announce the appointment of Board Member, Dr Moris B. Mpofu as Acting Commissioner-General with effect from 1 January 2022 until 30 April 2022 with the hope that within that period the recruitment process for the substantive Commissioner-General would have been finalised.

Dr Mpofu’s appointment is in terms of section 17 (4) (b) of the Public Entities Corporate Governance Act (Chapter 10:31).

The ZIMRA Board wishes Dr Mpofu the best in managing this transition.