FULL TEXT: LSZ Statement On 16 Days Of Activism Against GBV 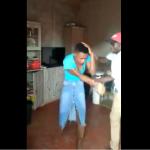 Statement by the Law Society of Zimbabwe (LSZ) in commemoration of the 16 Days of Activism against Gender-Based Violence.

STATEMENT ON 16 DAYS OF ACTIVISM AGAINST GENDER-BASED VIOLENCE

The Law Society of Zimbabwe joins the nation and the rest of the world in observing the 16 Days of Activism against Gender-Based Violence.

The 16 days were set aside for states to re-affirm their commitment and efforts towards eradicating gender-based violence.

It is used as an organising strategy by individuals and organisations around the world to call for the prevention and elimination of violence against women and girls.

Gender-based Violence (GBV) is a violation of human rights. This is reflected in international conventions such as the Convention on the Elimination of All Forms of Discrimination against Women (CEDAW), the Declaration on the Elimination of Violence against Women and the Protocol to the African Charter on Human and People’s Rights on the Rights of Women (The Maputo Protocol) whose provisions have been heavily domesticated in Zimbabwe’s legislative framework.

As the world continues to grapple with the Covid-19 pandemic, gender-based violence has been reported to be on the increase as communities’ capacities to fend for themselves have been drastically minimised as a result of restrictions put in place to contain the spread of the Covid-19 virus.

The pandemic hit Zimbabwe while in the midst of economic instabilities and this has heightened disharmony in communities resulting in the surging incidents of domestic violence.

Law-based NGOs which are accredited to the Law Society have documented incidents that have pointed to an upsurge in gender-based violence cases exacerbated by the COVID-19 and the trend is worrisome the need for immediate action to forestall the prevailing situation.

In the same vein, child marriages are another form of GBV prevalent globally, regionally and particularly in Zimbabwe where in July 2021 a 14-year-old child bride was reported to have died at a religious shrine due to complications while giving birth. Zimbabwe has an inadequate and conflicting legal framework on the minimum age for marriage.

The constitution does not expressly prohibit child marriage, and a number of laws effectively condone it, for example, the current marriage laws permit the marriage of a 16-year-old girl or younger.

In addition, the Criminal (Codification and Reform) Act criminalises “extra-marital” sexual intercourse with a minor below 16 years creating a defence of marriage for potential offenders.

The LSZ is cognisant of the fact that child marriages are outlawed through the Domestic Violence Act whose definition of domestic violence includes child marriages.

This Act has however been rarely applied if at all, to curb child marriages as the focus is mainly directed to physical violence and other forms of domestic violence.

While there have been efforts put in place to curb GBV, it remains a societal scourge cutting across economic, cultural, and religious and age boundaries.

It may be regarded as another form of a community pandemic that needs to be eradicated as its effects are far-reaching and leave communities disjointed.

In addition to enhancing the legal framework, the state needs to comprehensively address the continuous economic meltdown currently being experienced which is causing a surge in poverty within communities and in turn exacerbating domestic violence.

Equally important is the need to tackle harmful cultural practices that impede gender equality as well as the participation of women and girls in all spheres of life.

For this, there is a need to shift from the stereotypes and attitudes that shame survivors while normalising or excusing perpetrators.

As we join the world in commemorating this year’s 16 days, we urge the government of Zimbabwe to;

We sae no to violence

Gender based violence..... we're a gender too,don't forget us men...bt yeah...no to violence