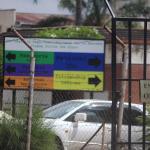 The Ministry of Home Affairs and Cultural Heritage on Monday announced that President Emmerson Mnangagwa will launch the Electronic Passport (E-Passport) today (Tuesday).

In a statement, the Ministry said upon the expiry of valid traditional passports (non-electronic), citizens will require to get e-passports.

On Tuesday, the Government promulgated Statutory Instrument 273 of 2021 which stipulated the cost of the new electronic passports.

Through the regulations, the Government has given passport holders until 31 December 2023 to swap their passports for e-passports.

What is an electronic passport (e-passport)?

An e-passport is a conventional passport that has a chip implanted in one of its pages.

The chip contains data or information essential in verifying the identity of the passport.

The information in the chip includes the personal data found on the data page of the passport, the biometrics (physical characteristics that can be used to identify individuals, such as a photograph) of the passport holder, the unique chip identification number, and a digital signature.

The chip can be read by any standard border control machine worldwide.

What are the advantages of an e-passport?

All the features embedded within the chip protects the holder against identity theft through cloning, remote reading and counterfeiting of travel documents. In other, the use of e-passports prevents reproduction and tampering.

The e-passport facilitates fast clearance of travellers at immigration checks and faster travel arrangements with airlines.

Through the use of the Automated Fingerprint Verification System (AFIS), the issuance of multiple passports to the same person is avoided.

The e-passport also enhances border protection and security for countries.

How much does an ePassport cost?

A normal fee of US$20 shall be charged for every passport application fee processed at any CBZ Bank Branch Countrywide.

Where can I apply for an ePassport?

The Government is yet to announce how citizens can apply for the e-passport. President Mnangagwa was expected to launch the electronic passport on Tuesday (today).

Are the traditional passports still valid?

SI 273 of 2021 stipulates that current passports will expire at the end of 2023, that is, two years from now, while a statement issued by the Ministry of Home Affairs and Cultural Heritage on Monday says the passport will be valid until they expire.

Good question/suggestion, but unfortunately no one will respond. Unotogona kunzi stage-managed question, with a regime change agenda.

We can not pay 318 US for less than 10years.Atlist the old one should be given 10years yayo.