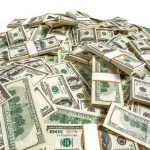 Norton legislator (independent), Temba Mliswa has come to the defence of former CID and Homicide detective, Joseph Nemaisa, who is being linked to a ZB Bank cash-in-transit heist that happened in January.

Mliswa said those reports are fake and are aimed to tarnish the “intelligent security expert.”

Nemaisa recently shot dead three robbers who had stormed his house to loot cash and property.

Messages circulating on social media are, suddenly, incriminating Nemaisa in the theft of US$2.5 million and ZWL$40 000 cash-in-transit at Gwebi Bridge lay-bye on 6 January 2021. One of the messages on Twitter reads:

But Mliswa dismissed the reports suggesting that the people who ejected him from the police force were behind the heist reports. He said:

A lot of conspiracies after the shooting by Nemaisa. However, those in the know will tell you he has that capacity. The guy is intelligent and was good at this job. He fought criminals and was only removed from the Police by his enemies there. They want to tarnish his name.

Otherwise, he is a great security expert, intelligent too, that’s why he is studying law now. The people he shot were robbers and it’s good riddance. Talk to convicts and you will hear all about his seriousness about the job. We know why he was removed from the police.

The list of arrested people includes three ZB Bank security guards who were reportedly working in cahoots with the other suspects.

The following statements appear to mean that Joseph & Charles may have met or crossed paths before:
1. "Charles Chirara was on bail pending trial for the ZB Bank robbery involving US$2 775 000.00 and ZWL$40 000.00 cash-in-transit which occurred in Nyabira on 6th January 2021, while Tariro Gora was a rogue soldier who escaped from duty with a service rifle."

2."The list of arrested people includes three ZB Bank security guards who were reportedly working in cahoots with the other suspects."

Could it be that Charles was one of the arrested people, and knew something that happened to some of the money on his arrest. Food for thought, in ndavata hangu.

Why was he ejected from the police? Sharpen us on this one.

This Joseph Nemaisa guy is a suspicious character and his story hardly makes sense. Why did he chose to kill and not arrest the armed robbers, it's said that he just opened fire and started killing them yet vanga vagara vachitozivana havo. Pakanyatsorohwa professional investigation ndirikuona achisungwa

US$0 Harare
Pinigu 5 months ago

Why his house out of all the houses in the suburb?Bargalers do they homework before attack. They were certain this guy had money. Then arises the question of the source of the money.

If you don't know the source of one's money doesn't necessarily mean that money is precedes of crime. Maybe he's into gold mining, tobacco farming, restaurants or grocery shops or anything that gives him foreign currency