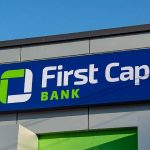 The Bank’s year to date inflation-adjusted operating income increased by $1.4 billion from the second quarter to $3.7 billion in the third quarter whilst in historical terms, the increase was $1.4 billion to $3.6 billion.

In inflation-adjusted terms, year to date operating expenses increased by $1billion to $2.6 billion while in historic cost terms, the increase was $692 million to $1.9 billion.

During the period, profit after tax was $393 million and $1.3 billion in historical terms.

The growth was attributed to both increase in loans and transaction income realised during the reporting period.

Loans grew by $1.3 billion to $6.1 billion and the loans book continued to perform well with non-performing loans at 0.19 % of the loan book.

They dont have us..