Firm Loses 5 Trucks That Had Been Smuggled 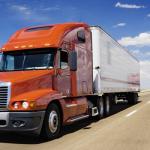 The Supreme Court has confirmed the forfeiture of five haulage trucks smuggled into the country by a local company saying they were tainted property.

The offence came to light after police received information about Madefit criminal activities that would result in the offending vehicles carrying false identities, in contravention of the registration law.

Police impounded seven motor vehicles from Madefit’s place of business in Chitungwiza, and took them for forensic examination which was carried out on January 10 2020.

Five of the seven trucks were tainted property prompting the Prosecutor-General’s Office to approach the High Court applying for an order to confiscate the vehicles at the centre of smuggling.

In April this year, the High Court granted an application by the Prosecutor General to have the five forfeited to the State but Madefit sought to appeal the decision at the Supreme Court.

In the circumstances, it seems to me that the court a quo applied the law fairly and equitably in order to make an objective assessment of the motor vehicles’ liability for forfeiture and the applicant failed to prove that the decision of the court a quo is likely to be set aside if its late noting of the appeal is condoned. I am therefore of the view that the applicant has no prospects of success on appeal.

Accordingly, it is ordered that the application be and is hereby dismissed with costs.

The application for a civil forfeiture order was brought in terms of Section 79 as read with s80 of the Money Laundering and Proceeds of Crime Act (Chapter 9:24) (MLPCA).

The court noted that the original chassis numbers in respect of all the vehicles could not be restored even when the vehicles were subjected to the forensic examination procedure called chemical etching.