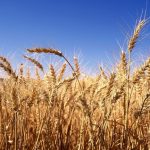 The two are neighbours at their plots in Mazowe and the fire that destroyed Parirenyatwa’s crop was allegedly caused by his rival Nevhunje.

The case was reported at Marlborough police and is being investigated under RRB number 4917064.

Allegations are that Parirenyatwa and his association is at loggerheads with Nevhunje’s league.

There are reports suggesting that the duo does not see eye to eye over politics.

It is further alleged that Nevhunje who is aligned to the provincial chairperson Kazembe Kazembe‘s camp held a meeting on Saturday and reportedly hatched a plot to fix Parirenyatwa by burning his wheat field.

Parirenyatwa told Bulawayo24 that, “it is true my field was destroyed by fire and yes l heard of the meeting conducted though was not sure of their agenda since it was a league meeting, not an association.”

This case is not politically connected Parirenyatwa is losing ground and is now resorting to smearing campaigns, he should find grassroots support rather than fighting the party league instead we are mobilizing support, but he is dividing the party.

Nevhunje added, “That meeting was for district elections no one was ordered to go and burn his field but instead his workers failed to control the fire mind you this happened during daylight and logically it does not add up that l did that during the day.”