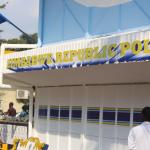 The Zimbabwe Republic Police (ZRP) has said the fees charged for police clearance certificates after fingerprints are submitted to CID Headquarters in Harare remain unchanged.

According to a report by The Herald, the local vetting and the police clearance certificate for use within the country is charged at ZWL$5 and ZWL$10 while an urgent application can be processed within three days at a cost of ZWL$20.

The fees can be paid at the police station where the fingerprints are recorded or at the CID Headquarters.

Details for applicants outside the country are set out on the police website, http://www.zrp.gov.zw.

The police said when the charges are adjusted, they will make an announcement and notices will be updated.

This comes after police received reports of criminals outside CID headquarters who were pretending to be detectives and charging exorbitant fees to members of the public.

In a statement, police CID spokesperson Detective Inspector Portia Chinho dissuaded the public from engaging third parties and rather approach the CID person. She said:

The Zimbabwe Republic Police would like to clarify the police clearance on the fingerprint vetting procedure.

Applicants should have their fingerprints taken at any nearest police station and the fingerprints recording by Zimbabwe Republic Police is a free service but one should bring own forms.

Those outside the country can have their fingerprints recorded at any police station in the countries they reside.

The fingerprints should then be deposited or taken to CID Headquarters reception where vetting fees are paid for processing.

Those who are not in Harare may send through courier services well addressed with a paid-up return of package.