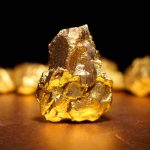 Fidelity Printers and Refiners (FPR) has this year disbursed at least $1,7 billion from the Gold Development Initiative Fund (GDIF) meant to assist miners to improve production.

This was said by FPR acting General Manager Mr Peter Magaramombe during a tour to assess the company’s operations by the Portfolio Committee on Mines and Energy.

FPR is a subsidiary of the Reserve Bank of Zimbabwe and is the country’s sole buyer and refiner of gold.

The GDIF was established by the Reserve Bank of Zimbabwe to capacitate gold miners through the provision of mining finance.

Mr Magaramombe said the money had been disbursed as of October 31.

Zimbabwe is endowed with over 60 minerals including Diamonds, Gold, Lithium, Platinum, Coal, Chrome, Copper among others. In the table

In October 2019, the Zimbabwean government tabled an ambitious policy document that aims to turn the mining sector in the country into a US$12 billion industry by 2023.

Efforts to realise the vision are reportedly being hamstrung by a myriad of challenges affecting the operations of miners especially the small scale miners.

These challenges experienced over the recent past include electricity supply, shortages of foreign currency, a general rise in the cost of inputs, shortage of capital, international market movements, perceived lack of recognition and consultation and lack of mechanised equipment.