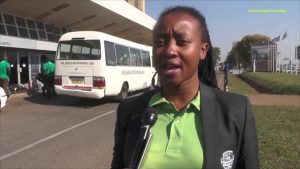 FC Platinum (FCP) has set an upper age limit for members of its squad which has resulted in an exodus of players whose contracts had expired.

Ngala has joined Highlanders, Dzvinyai moved to Harare City, Madzongwe is reported to be on the verge of joining Bulawayo Chiefs while Chingetere is said to be on his way to Caps United.

Club media and liaison officer Chido Chizondo said the players who have left the club have reached a certain age. She said:

Ultimately, these players’ contracts had expired but what has happened to the club is we have agreed to let go of players who have reached a certain age.

The players who have left have reached that age and we wish them all the best.

As FC Platinum, our position is to have a youthful squad and I think if you noticed when we played the Chibuku Super Cup, the coach made a lot of effort in ensuring that the majority of the players were the younger ones and it yielded results.

Our objective is to go back into the Champions League, to focus on the next five years and, hopefully, be more competitive than we have been in the past and that can only happen if you build your squad.

We are also looking at a position where the revenue that comes from our players start making sense, that is why we have taken that position.

May i remind my fellow citizen,@BUSH_LAWYER that we need not adopt foreign,born policies always, naaa
its time we show our independence toita zvedu tega

FC PLATINUM IS FREE TO IMPLEMENT POLICIES THEY FEEL WILL HELP THEM TO ACHIEVE THEIR OBJECTIVES.

BUT I FEEL THERE IS MOqRE TO WHAT MEETS THE EYE BECAUSE THEY HAVE KEPT THE ACTUAL AGE LIMIT UNDER WRAPS.

WE WATCH TO SEE HOW THIS AGE LIMIT APPLICATION WILL WORK FOR THEM BECAUSE I HAVE NEVER HEARD OF ANY CLUB IN EUROPE WHICH USES THE SAME APPLICATION. IN EUROPE THEY APPLY YOUTH AND EXPERIENCE POLICY AND IT IS WORKING WELL FOR THEM.