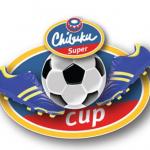 FC Platinum have been crowned the 2021 Chibuku Super Cup champions after beating Ngezi Platinum Stars in the final played at Mandava Stadium on Sunday.

Goalkeeper and captain Petros Mhari was the hero of the day after saving Marvellous Mukumba’s penalty for a 5-3 win.

The match had ended goalless after extra time and had to be settled through a penalty shootout.

FC Platinum have now won the Chibuku Super Cup for a second time after winning the 2014 edition.

The club has earned the right to represent Zimbabwe in the next edition of the CAF Confederation Cup.