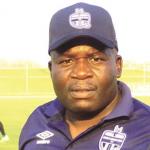 FC Platinum coach, Norman Mapeza, who has guided the club to three Chibuku Super Cup final appearances, including a victory in 2014, feels like he has to start all over again.

Speaking to The Sunday Mail, revealed that he started refreshing his squad with youthful players in 2019 when FC Platinum won their third straight league title. Said Mapeza:

Now, it feels like we are starting all over again. In terms of progress at the club, I can talk about the first five years.

There was massive progress, but now we need to reinvigorate ourselves.

… I started the project with the likes of Mangiza, Mutimbanyoka and some other young guys.

That was my plan for the club because if you look at the squad, some of our players were in their 30s.

So I wanted to start introducing these youngsters so that we have a balance at the end of the day.

FC Platinum and Ngezi are meeting in the Chibuku Super Cup final for the second time.

Ngezi won 3-1 in the 2016 final at Baobab Stadium and also reached the final in 2019 and lost 1-0 to Highlanders at Barbourfields Stadium.

Meanwhile, Ngezi Platinum Stars coach Rodwell Dhlakama will be guiding the club to the Chibuku Super Cup final for the second time in a row. He said:

It’s enough motivation to be in the final and you will appreciate that we have cleared the toughest hurdle on our way to the final, and the expectations are now very high from the fans, who are the biggest stakeholders in the game.

The expectations are also high from the team management, and the players know that at this point it’s a make or break.

We hope that whatever we have been doing for the past few weeks will come out.

He said Ngezi had since put behind them the disappointment of the loss to Highlanders at Barbourfields.