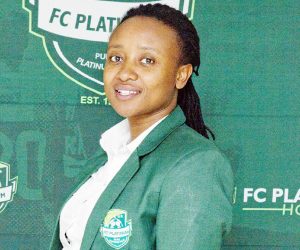 Zimbabwe Premier Soccer League (PSL) club, FC Platinum (FCP) have revealed a paradigm shift in their recruitment policy in a bid to finally make an impact in the CAF Champions League.

Club spokesperson Chido Chizondo said that they have moved away from spending big on experienced players and turned their focus on grooming young players. Said Chizondo:

A number of players have left the club in line with our new direction of ensuring we have an average age of players that can ensure sustainability going forward.

Our journey with the local league has been very successful. However, we are looking into Africa and beyond.

Our track record in Africa has not been the best and we realised that there were many things we needed to change as we transition into a global brand.

Ultimately, it’s the small things you do on a day-to-day basis that become your journey to achieving and reaching different goals.

This shift is not an ultimate solution, but among the many other things the club is doing to transform itself into a global brand.

She said the club expects some resistance as it implements the changes but believes the changes are necessary for the club to move forward.

Club captain and goalkeeper Petros Mhari is believed to be also on his way out.

FCP has dominated the local Premiership since winning their first title in 2017.

The club has lifted three league titles in a row and has also won the Chibuku Super Cup title twice.

I want to be recruited lam a goalkeeper and lm also a player.please may you assist me

US$0 Harare
Daily prophecy 3 months ago