FBC Pledges US$1 000, House To Each Warriors Player For Wins And AFCON Cup 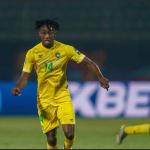 Financial services giants, FBC Bank has pledged to give US$1 000 to each Warriors player for every win at the Africa Cup of Nations (AFCON) finals underway in Cameroon.

FBC also pledged to give a house to each player if Zimbabwe lifts the AFCON Cup, for the first time in history.

Zimbabwe plays Malawi this Friday at 1800 hours Central African Time (CAT) with both teams desperately looking for a win to boost chances of progressing to the last 16.

Both the Zimbabwe Warriors and the Flames of Malawi lost their opening matches at this tournament.

Zimbabwe played Senegal in the opener and lost by one goal to nil after conceding a penalty in the last minute after holding Africa’s top-ranked country for the entire match.

Malawi lost by the same goal margin to Guinea.

Zimbabwe Warriors shared spoils with the Flames of Malawi when they clashed in a COSAFA Cup match on South Africa in July last year.

In 2020, Zimbabwe Warriors and the Flames of Malawi played out a 0-0 draw in a FIFA international friendly match played in Blantyre.

Yu can promise these guys even 1 million usd they wot even bring the cup. Zim is not talented on soccer they hv wilted just like the economy.

Thank you FBC for motivating our beloved Warriors. The US$1,00 incentive per player for every win is naturally a welcome gesture. However, for purposes of completeness, FBC should have mentioned the value of each house available to every player for winning the AFCON tournament, as well as the location of such houses. That way, our Warriors could be motivated even more if they get to know the location and the value of the houses being offered as incentives. Vakomana vedu vanotomiramira kwazvo especially vakanzwa kuti dzimba dziri valued for US$1milion plus dziri kuBorrowdale Brooke. GO WARRIORS GO, nothing can stop you from bringing the 2021 AFCON trophy home - Zimbabwe.

Today they may get lucky what about the next matches kkkkkk. Nhasi obviously vanohwina

FBC musatisetse so, that offer stands as the Joke of the century. I dont think that you have even budgeted for those expenses. If so why not just donate to charity, kana kungondipawo hangu ini.

@Nkust, welcome back where had you been