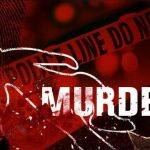 The Zimbabwe Republic Police (ZRP) said the two suspects swooped on Mitchell’s house at Mantlavina Farm around 2 AM and shot the farmer in the back. ZRP posted on Twitter:

The ZRP is conducting investigations into a case of murder in which two unknown armed robbers killed Rene Mitchell (44) on 30/12/21 at Mantlavina Farm, Beatrice.

The two suspects who were armed with two unknown pistols pounced on the victim’s house at around 0200 hours.

The victim, who was armed with a Bruno 22 rifle, went out of her house to investigate and was shot on her back and died on the spot.

Anyone with information to contact any nearest Police Station.

In an unrelated development, police in Ndali, Chiredzi arrested Isheunesu Chikochi (21) in connection with a case of stock theft that occurred on 27 December.

The suspect allegedly stole a herd of 11 cattle from the complainant’s kraal and drove them away.

Acting on a tip-off, Police intercepted the suspect at Muteyo Business Centre whilst he was driving the cattle leading to the recovery of the stolen stock.