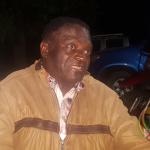 Ten members of a family from Chiweshe Wednesday appeared at the Bindura Magistrates Court facing charges of threatening to assault a local chief over a civil matter he presided over at his traditional court.

The State led by Sheillar Kudzai Maribha alleged that on June 6, Chief Chiweshe was presiding over a civil matter between Joyce Baradza and Factor, and the accused persons were in attendance.

During court proceedings, the family members accused the chief of bias and threatened to beat him up.

The chief’s aides saved the traditional leader from attack, but the angry suspects forced him to beg for forgiveness to avoid being assaulted and he complied.

A formal police report was later made leading to their arrest.

The matter continues on December 15.