Ex-Minister Barred From Building A Stadium On Wetland 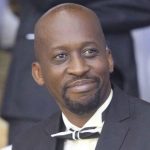 The Environmental Management Agency (EMA) has ordered former Finance Deputy Minister Terence Mukupe to stop the construction of a stadium near Cleveland Wetlands.

Mukupe, a former Harare East MP, fronts Nakiso Holdings, a local developer which is constructing a stadium near Cleveland wetlands.

However, the project has faced opposition from Community Water Alliance (CWA) who allege that the site is a wetland.

Documents seen by Open Council indicates that EMA ordered Nakiso to stop any developments in the area. EMA said:

You have implemented a prescribed project without an Environmental Impact Assessment (EIA) certificate issued by the agency.

You are to cease all operations with immediate effect and can only resume when issued with express written authority in the form of a certificate issued by the agency.

Nakiso was also charged with contravening Section 97 of the EMA Act and ordered to pay a fine of ZWL$100 000.

Meanwhile, Mukupe has accused his detractors of fighting him to derail the project. He said:

Why are these people fighting my project only when next to my stand is a property belonging to a senior MDC official? They know that it is just politics, nothing more

Harare City Council recently approved the construction of the state-of-the-art sporting centre and according to the lease agreement, Nakiso was allocated 7.3 hectares of land.

So far construction of the stadium had already begun while other facilities are at the approval stage.