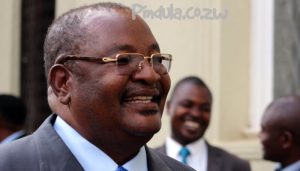 Scores of workers at Esidakeni Farm have lost their jobs and have become homeless after ZANU PF secretary for administration Obert Mpofu defied a court order to vacate the farm which he invaded in December last year.

The farm, located in Nyamadlovu, Matabeleland North Province, about 67km from Bulawayo, is owned by human rights lawyer Siphosami Malunga and his business partners Zephaniah Dhlamini and Charles Moyo.

The trio employed more than 150 permanent and casual workers at the farm.

Speaking to NewsDay on Sunday, Dhlamini, who is a lecturer at the National University of Science and Technology (NUST), said:

When he (Mpofu) moved onto the farm in early December, he found us actively farming. We were harvesting onion which we had grown on 4ha.

We managed to harvest about 50 tonnes of saleable onions and 30 tonnes of small onions that we intended to replant as sets on 2ha this January.

About 1.5ha of onion could not be removed from the fields to the sheds. I am sure it’s all rotten from the heavy rains in the past weeks.

We were also in the process of harvesting butternut. About 20 tonnes could not be harvested and have been stolen by people or damaged by wild pigs.

We had also transplanted over 60 000 cabbages which we intended to sell in December and January when the prices are at their highest. As we speak, these cabbages are rotting in the fields.

Obert found us with a workforce of 45 permanent workers.

We paid our casual workers US$5 per day. All these people are now unemployed. We have about 100 beef cattle on the farm and 20 goats, they have not been dipped or received scheduled vaccinations and dosing as we are denied access to the farm.

We also had over 200 free-range chickens, we don’t know their status. We left our belongings and 20 tonnes of maize in the main farmhouse. We had locked the farmhouse and its gates.

Reports also indicate that Mpofu deployed armed guards to block the owners and workers from accessing the farm.

Mpofu reportedly refused to comment on the matter when he was contacted by NewsDay yesterday.

Why? Why? Why? Fellow Zimbabweans, why? Kuze kube nini singathandane?

It's true, he has taken Mat North to be his property. Vic falls town and even monde.He is of the same version as Mudha

Kunzima sihlobo sami. Obert Maminza Moses Mpofu is the devil incarnate in Mat North. He owns the land from Umguza to Vic Falls. He virtually took over all the available farms and safaris in Hwange. He once ran Miners Restaurant in Hwange and failed to pay rent for over 5 years but nothing was done to him. Right now the whole of Vic Falls is his. And then you hear people talking of Vision 2030,50yeaes after independence and yet they've always eaten ever since and they are busy creating dynasties for their great grandchildren. Sies man.

In Zim we no longer need a Democratic opposition party..we need e Ultras like MRP..we need a Revolutionists party

It seems mpofu is above the law, he has been defieng court orders willnilly. Nothing is asthickasthieves,they cant do anything coz it's a syndicate and he is the keyholder. People pliz rise up and vote this group of hooligans,thieves, unsatisfied vacampoopes. They have milked the country's coffers dry and invested in lavish livings abroad