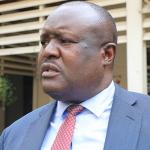 Charumbira declared that chiefs and all traditional leaders owned ZANU PF and, therefore, could not be separated from the ruling party by the Constitution.

ERC said the comments made by Charumbira were a gross violation of the Constitution.

Section 281(2) of the Constitution states that: “Traditional leaders must not (a) be members of any political party or in any way participate in partisan politics, and (b) or act in a partisan manner”.

ERC called on Minister Moyo to hold Chief Charumbira to account for his utterances as they have the potential to undermine the rule of law. It said in a statement:

The Election Resource Centre (ERC) on November 3, 2021, filed a complaint with the Minister of Local Government, Honourable July Moyo against Chief Fortune Charumbira for contravening section 281 of the Constitution by participating in partisan politics for comments made on October 29, 2021, at the ZANU PF annual conference in Bindura.

… If left to fester, this has the potential to destroy the rule of law and constitutional supremacy in Zimbabwe. The Minister of Local Government and all electoral stakeholders must resist the temptation to exempt the conduct of Chief Charumbira from necessary scrutiny on his conduct.

ERC implored Moyo to investigate Charumbira’s conduct in terms of section 7 of the Traditional Leaders Act and institute disciplinary proceedings against him to ensure that the supremacy of the Constitution prevails.

In 2018, Charumbira was dragged before the High Court by the ERC, where an order, HC1718/18, was issued compelling him to withdraw the partisan comments he had made.

It is not clear if Charumbira withdrew the comments he made when he called on traditional leaders to support ZANU PF ahead of the 2018 elections.

LADIES AND GENTLEMEN LET US CALL A SPADE A SPADE AND NEVER CALL IT A SHOVEL.

IF A WHOLE CHIEF'S COUNCIL PRESIDENT IN THE FORM OF CHIEF FORTUNE CHARUMBIRA DOES NOT COMPLY WITH THE COURT ORDER HC1718/18 TO WITHDRAW HIS EARLIER COMMENTS AND GOES FURTHER TO MAKE SIMILAR COMMENTS, HOW DO YOU EXPECT THE EUROPEAN UNION AND THE UNITED STATES OF AMERICA TO UNSHACKLE SANCTIONS !!!!!

PEOPLE UNDER THE CHIEFDOM OF CHARUMBIRA ARE ASHAMED BY THEIR CHIEF'S ANTICS. I AM TOLD THAT YOU WANT TO BE THE PRESIDENT OF THE CHIEF'S COUNCIL IN AFRICA. I WANT TO SAY IT AS IT IS. CAMARADA FORTUNE CHARUMBIRA, YOU HAVE NO QUALITIES FOR THAT ESTEEMED POSITION.

HONORABLE CHIEF FORTUNE CHARUMBIRA, YOUR PREDECESSOR, CHIEF WITNESS MANGWENDE DID NOT BEHAVE IN THE WAY YOU BEHAVE. HE WAS WELL MANNERED AND CULTURED, A REAL ROLE MODEL.

Mambo musoro bhangu shame on you