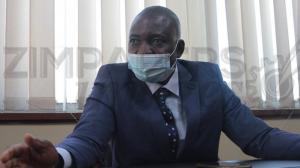 The Kariba South Power Station will resume operating at full capacity this week, with the rehabilitation work on the Kariba Dam plunge pool set to be completed on Tuesday.

The Zimbabwe Power Company (ZPC) had to shut down Units 5 and 6 which generate a combined 250MW and this resulted in increased load shedding across the country.

Energy and Power Development Minister Zhemu Soda on Saturday told The Sunday Mail that when the two units are back online, electricity problems and load shedding will ease. Said Soda:

I think you are aware that ZRA had requested that we shut down Units 5 and 6 at Kariba saying they are discharging a current which was making it difficult for those working underwater to put cement.

Now that they have announced that we can resume operations at the units, it is a major milestone to curtail power shortages.

The two units have a capacity of 125MW each and the addition of 250MW will go a long way in easing the power shortages.

In a statement, ZRA chief executive officer Munyaradzi Munodawafa confirmed that the rehabilitation of the dam wall will be completed on 25 January. He said:

During the last quarter of 2021, the authority requested Zesco Limited and Zimbabwe Power Company (ZPC) to reduce power generation levels for six hours only, on a few selected dates to facilitate cofferdam construction works under the plunge pool reshaping sub-project of the Kariba Dam Rehabilitation Project (KDRP).

In doing so, the utilities were expected to implement measures that would mitigate the resulting reduction in power generation levels at Kariba.

The specific works under the pool reshaping sub-project that called for this need have since advanced and are due to be completed by January 25, 2022, thereby ending the authority’s request to the two power generation utilities.

Going forward, the remaining works of the KDRP will not result in the two utilities seeing reduced generation levels at their respective Kariba power stations.

Please note.
Whenever you see this kind of headline. It simply means massive load shadding ahead.