"Economic Reforms Not Enough To Turn Zimbabwe's Fortunes Around" - Analyst 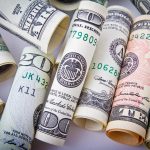 An anonymous NewZimbabwe.com columnist has said economic reforms are not enough to turn around the fortunes of the country.

The columnist said Zimbabwe’s economy continues to be turbulent despite the introduction of a cocktail of measures by the government to address the issues. Said the columnist:

In my view, economic reforms alone cannot end the country’s economic crisis. Instead of more economic interventions, Zimbabwean society needs to self-introspect and assist in resetting the country’s ethical compass.

I am arguing for this approach from a sociological perspective of ethics. My doctorate focused on the response of the working class in the capital Harare to Zimbabwe’s hyperinflation and political crisis in the 2000s. One of my key findings was that a lot of workers’ ethical principles had been eroded by hyperinflation which required a repertoire of survivalist responses. These sometimes bordered on corruption and speculative activities.

Among other issues, Zimbabwe has an unstable currency that was reintroduced in early 2019 replacing the multiple currency regime that had been since 2009 following record-high hyperinflation.

Several measures were taken to try to stabilise the currency but it seems the issue is deep-rooted.

NewZimbabwe.com’s columnist predicts that reliance on societal ethical values as happened successfully in Asian countries such as China, Taiwan and Singapore will likely address Zimbabwe’s problems. Added the columnist:

Confucian ethics dictates hierarchical relationships and an identification with social rules. It also emphasises ‘self control of individuals’ in their conduct.

If this value of discipline and good conduct were exercised in Zimbabwe’s business ethics, the country’s economic fortunes might change for the better.

The columnist added that the political elites need to take the lead in the fight against corrupt and speculative activities.

He makes a point. Tangove vanhu vekutonyorana. Instead of seeing the problem with corrupt behaviour, we just await out turn to eat