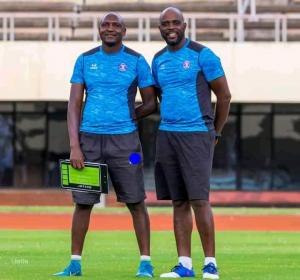 On Thursday, Chazunguza signed Emmanuel Paga and Martin Ofori, both from Ghana, and Nigerian, Alext Orotomal.

The club already has two West African players on its books – Sylvester Appiah of Ghana and Cameroonian Albert Eonde.

DeMbare has also recruited Ralph Kawondera, Brendon Mpofu and Evans Katema and it is understood that the club is keen on recruiting more players. Dynamos coach Tonderai Ndiraya said:

We have identified several players locally and abroad. We are now in talks with some of those we think can come and join us.

We will be making those signings in the coming weeks. We need to be competitive again as a team and make our fans happy.

The Glamour Boys have also been linked with former FC Platinum midfielder, Last Jesi, Ghanaian Martin Ofori and Junior Makunike, who is the son of the late CAPS United legend, Blessing.

Dynamos and Highlanders are being sponsored by Sakunda Holdings and are in line for a huge windfall if they win the league title in the current season which resumes on 12 February.

I HAVE NOTHING COMMENT ON THESE FOREIGN BASED PLAYERS BECAUSE I HAVE NEVER SEEN THEM PLAYING. LET US HOPE THAT THEY ARE BRINGING IN GOOD AND YOUNGER PLAYERS.