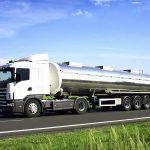 The Zimbabwe Republic Police (ZRP) is investigating a case in which a foreign-registered fuel truck was found laden with water instead of diesel.

The truck was destined for Zambia. Pindula News presents a police statement on the case.

The ZRP is investigating the circumstances in which a foreign-registered haulage truck was found laden with an estimated 25 000 litres of water instead of 39 754 litres of diesel while destined for Zambia. The incident occurred at Chirundu Border Post.

The truck driver is on the run. Anyone with information to contact any nearest Police Station.

In 2017, Zimbabwe Revenue Authority (ZIMRA) started tracking cargo coming into and out of the country in a bid to curb transit fraud including cargo diversions.

The tax authority is now giving through-the-country escorts to fuel tankers. For instance, tankers arriving in the eastern border city of Mutare are now being escorted by ZIMRA all the way to the Zambian or Botswana borders if they don’t pay duty to bring in their fuel for sale in Zimbabwe.

Nevertheless, the Southern African country still has problems in protecting cargo in transit.

Reports suggest that Zimbabwe Revenue Authority (ZIMRA) officers are failing or neglecting to implement laid down procedures on transit cargo.

The negligence and or incapacitation is reportedly prejudicing the state of money running into millions of dollars in potential revenue.

In October this year, a haulage truck driver was arrested for setting an empty fuel tanker on fire after selling the precious liquid.

You are missing the point please