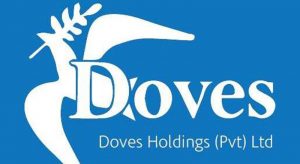 Funeral services company, Doves, is set to be charged with two counts of fraud after it buried a coffin stuffed with blankets and body bags in place of the body of a man who drowned in early 2021.

There was no body-viewing at the burial of Maxwell Chimwamurombe at Chitambara Village in Nyanga due to COVID-19 regulations that were in place at the material time.

Doves reportedly later discovered their “error” but instead of informing the family, the company buried Chimwamurombe’s remains at Granville Cemetery (KuMbudzi) in Harare.

Further, the company buried Chimwamurombe’s body inside a coffin containing the body of a pauper, whose burial was paid for by the City of Harare.

On Friday, detectives who were accompanied by Chief Pathologist Dr Tsungai Victor Javangwe exhumed a coffin in which Chimwamurombe was supposedly buried in Nyanga.

The coffin was taken to Avilla Mission Hospital where it was examined by the police and pathologist.

Inside the coffin were a blanket wrapped in a plastic bag, another plastic with two body bags, a pair of trousers, a shirt and a white cloth all wrapped in a blanket.

An internal police memo seen by ZimLive reveals that investigators want Doves charged with two counts of fraud. The memo reads in part:

The first count is that of defrauding the policyholder who was paying her premiums but the company failed to offer her the expected services.

The second count is that of defrauding the City of Harare by paying for one grave and then later burying two corpses in the same grave.

The burial mix-up was exposed in October last year when a member of the family – a lawyer – reportedly tried to extort doves of a vehicle and thousands of US dollars in cash.

A Doves employee had informed the Chimwamurombe family that they had been given an empty coffin.

Mix up kikiki...so Doves does bury blankets n bags?if only u had vice-versed corpses I wld understand...buh how can they load a coffin without a corpse buh only blankets/clothes???