Doves Burial Mix Up Whistleblower Says His Life In Danger 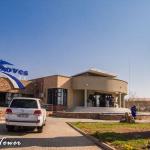 A Doves Funeral Services (DFS) employee who reportedly exposed the burial mix-up saga, claims his life is now in danger.

In a leaked audio recording, the whistle-blower, who identified himself only as William at the beginning of the audio, exposed an alleged ongoing rot at the funeral parlour.

In the audio, William claims that Nyasha, brother to Dove’s owner, Farai Matsika, almost hit him with a vehicle at the funeral parlour for exposing that the company reportedly buried an empty coffin in error.

Doves then secretly buried the body months later without informing the family.

In the audio recording, William says he has worked for Doves for 17 years and has never witnessed such a burial scandal.

He claims the case has tormented him and he had to approach his bosses after noticing they were still keeping the body months after they picked the anomaly.

The whistleblower alleged that the late Maxwell Chimwamurombe was swept by the river in Nyanga before his body was retrieved downstream near Mutoko last March.

The body was collected by Doves from Parirenyatwa Hospital, but there was confusion which resulted in morticians putting an empty body bag in his coffin before it was carried to Nyanga for burial.

This, according to William, happened between March 16 and 19 this year.

Willian further claimed that one of his superiors, Abisha Chihuri, said he received an instruction from Nyasha to mix Maxwell’s body with that of a pauper, one Ngoni Rwizi whose body came from an old people’s home.

He claimed he made repeated inquiries but started receiving threats from Nyasha who would threaten to fire him without benefits.

William said he then called Farai Matsika who told him the case was being investigated.

He said the Doves team then went to Nyanga “and lied that some body parts had been left at the parlour by mistake.”

However, William said he was shocked to later learn that his employer was suing the family for extortion and he was to be a witness in this which he turned down.

William said as the scandal unravelled, Nyasha vanished and was reported to be in South Africa. He was called to come back to Zimbabwe when the scandal was exposed.

He said the morning after Nyasha’s arrival from South Africa the two met in the basement at Doves where Nyasha attempted to hit him with his car.

Upon noticing that he was not getting any help and that his life was in danger, he then reported the matter to the police.

The man says his statement was supposed to be recorded by the police the following day but this did not happen.

Asked by NewZimbabwe.com for comment Doves public relations manager, said the matter was still being investigated.

He also confirmed that there is a William at Doves, but claimed he could not confirm who exactly he was.

This is shocking we need to pray we know people want money but not to this extend a Big NO NO .According to this report Nyashafrom Doves seems to know everything .Why is he threatening William who let the cat of the bag.

Something must be done and the family must be compensated

Heads must roll at Doves. Kuromba ikoko. This must have been happening for quite some time.