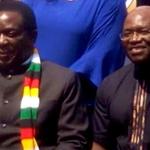 The NewsHawks, a local publication has posted a series of messages on Twitter on the ‘mysterious death’ of ZIDA CEO and Douglas Munatsi who was also a close friend of President Emmerson Mnangagwa. Munatsi died on Monday morning in a house fire in Harare. The NewsHawks posted:

As more details surrounding the mysterious death of President Emmerson Mnangagwa’s key ally Doug Munatsi surface, it has emerged that his body was found without nails. Denailing is the extraction of the nails from the fingers and toes as a method of torture using pliers or heat.

Commonly referred to as denailing, the removal of tore and fingernails using pliers, heat, or even a wire or shard of wood inserted under the nail has been a simple but effective method of torture throughout history.

While fingernails might be dead material — similar to hair — the nail beds underneath and the nerves running through those nail beds and fingertips are very sensitive and susceptible to pain when tampered with.

Torture is an act of deliberately and systematically inflicting physical or psychological pain in order to fulfill some agenda of the torturer or compel some action from the victim, especially as punishment or pressure to release information.

One of the most common and timeless methods of torture to extract confessions is denailing.

Torture is universally considered to be a cruel violation of human rights.

The United Nations Convention Against Torture prohibits the use of torture by states to extract confessions or information, and for any reason for that matter.

US$4.00 Harare
Madala Banda 5 months ago

Zvotyisa may his soul rest in peace

Only zanu pf thugs and cio are to blame for torturing in zimbabawe.

Ndamerera may his soul rest in peace