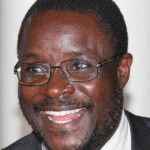 The Deputy Chief Secretary to the President and Cabinet (Presidential Communications), George Charamba, said Matabeland-based pressure groups should not “drag” the Government into commenting on the bombing of a memorial plaque in Bhalagwe, Maphisa Matabeleland South Province.

This comes after a memorial plaque that was erected in October last year by pressure group, Ibetshu Likazulu, which was bombed on 4 January by suspected state security agents.

The plaque was erected at Bhalagwe Concentration Camp to honour victims of the Gukurahundi mass killings.

Speaking in an interview with CITE, Charamba said the activists built the plaque without involving the state, therefore it would not involve itself in the issue because there is a problem now. Said Charamba:

You see those symbols of memorialisation at sites, which by the way, are being arbitrarily chosen by the activists, the erection of those memorials were never done in consultation with the government.

You don’t drag us in a conversation, into a phenomenon that you yourself have created without having the courtesy of informing the state.

There’s a difference between discussing Gukurahundi and trying to raise emotive symbols around it.

Charamba said efforts to resolve the Gukurahundi issue were being led by traditional leaders working together with the Ministry of Local Government and the President’s Office. He said:

On that one let there be clarity, the government’s policy says this is led by chiefs, not a simple one or two chiefs but chiefs collectively in consultation with the Local government, Home Affairs and the President’s office.

He accused the activists of trying to use the Gukurahundi matter to campaign ahead of general elections scheduled for 2023. Charamba said:

There’s nowhere in the government’s policy where it says activists, who have their own eyes on 2023, will lead the process.

It won’t happen and the sooner they realise it the better for everyone these things are being done arbitrarily with a view to making a point and a point that is anti-establishment.

Why do you think a non-player has an obligation to address this issue which doesn’t concern them?

As the state, we are saying we were not consulted, so whatever becomes of that effort following the efforts of self-seeking activists cannot be our business and cannot be our concern.

If you decide to raise a tombstone for your own family, why do you think the state must worry about it?

What's that, that so unlawfully here, between these so sensitive matter:
1. Gukurawundi disturbances from 1980-7 n the implementations, budgets, all resources involved, how were there constitutionalised by the then gvt n its current leaders....
Was that constituntionalised wena Skhulumin samnyala kuGvt....

2. Just b4 independence.. people in East Mashonaland n surrounding areas were brutalize by the Zanu gvt in waiting militias.. how legal was that?

3. Erections of memorial monuments.... If that was illegal, wth all materials including army police O intelligence- y didn't act at that time against such perched illegal acts?? Y waste so much state resources n spew such trash true the media...

Wake up baba Charamba. U r too much asleep at work

'Iwe George. Iwe George. George huya pano. Unoita basa rekunyora zvinhu zvidina basa iwewe. You must Stop It. Gara pasi.' A certain Doctor Amai once said something to that effect. Why is Charamba always looking unkempt? A good shower and shave would make him look like a decent Presidential Spokesperson. Almost forty years after Gukurahundi, the government is still dithering and depriving closure to the families of the victims of the genocide. The slow pace and lack of seriousness & committment government is the reason why some people and organizations are taking matters into their own hands and erecting Gukurahindi Memorial plaques. Even if they are eyeying the 2023 general elections, that is their democratic right.

Interesting - so we can bomb "illegal structures" thank you so much for the advice.

Some ppl are toxic to the Gvt, i wonder sometimes why they are kept