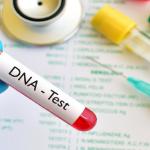 DNA tests results have vindicated a Shurugwi girl (15) who refused to breastfeed her baby alleging that her father was responsible for the pregnancy.

Shurugwi magistrate Percy Mukumba told the accused on Monday last week that the results of the DNA tests taken in July were out.

He did not announce the results but impeccable sources told The Mirror that they are positive.

Public prosecutor Pride Gomera also told the accused who is remanded in prison that the court case would now resume in Gweru on 15 December 2021 now that the results are out.

The father who cannot be named to protect the child stays at Sebanga Extension in Shurugwi and is facing rape charges.

He appeared before Shurugwi Magistrate Percy Mukumba in July 2021 but denied the rape charges.

The State then requested DNA tests on the baby girl as part of the evidence.

The complainant’s story went viral after she declared to nurses that she was not going to breastfeed her baby because her biological father impregnated her.

The Social Welfare Department was engaged and the baby was taken to an orphanage in Shurugwi South while the mother went to her Mother’s rural home in Gutu.

After being told the next court date, the accused allegedly protested to Magistrate Mukumba that he was not going to respect those results even though he was not told of the outcome.

It is the State’s case that the accused allegedly raped her daughter several times for ritual purposes until she fell pregnant.

The accused, who is employed at Lundi chrome Mine, had invited the daughter to the mine to help him with domestic chores.

The accused has been on remand since July as he awaited the DNA results.

Hmmm i wonder where will our daughters find fortress when they hear such stories? We are definitely going to be treated as potential abusers of our blood because of these useless men. Death sentence iribho n vanorombesa ivavo ngavawane mob justice
A gokwe man raped her 15 yr old daughter twice a day for close to a year.. Imagine kuti wamusiya adii mwana iyeye
Now izvi hmmmm Mwari pindirai

US$200.00 Harare
Patrick Kuzakwawo 6 months ago

This is disgusting to the highest level,I just cannot understand why someone can do that to their own flesh and blood....zvosemesa....ngavapihwe a very harsh punishment baba ava.

Some of us have daughters, and people like these are really disgusting and motisemesa and kusvibisa all right-thinking and responsible fathers, motinyadzisa you deserve to rot in prison, or even to be commuted to the penalty