DJ Fantan Speaks Out After Savage Attack On His Brother 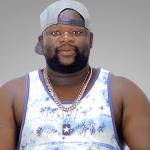 Tinashe was brutally assaulted by Mudereri, better known as Silent Killer, and his colleagues Ella B, Donny, and a fake police officer on Thursday in Mbare, Harare over an undisclosed issue.

Harare provincial police spokesperson Inspector Tendai Mwanza said Silent Killer was arrested on Thursday together with two other alleged accomplices while the other accomplice is still at large. He said:

One of the accomplices is still at large and police are making efforts to arrest him. Investigations are underway to establish what actually transpired. Jimu Mudereri is detained at ZRP Stoddart.

We condemn violence and people should never use violence as a tool to settle misunderstandings. Those who engage in violence will be arrested.

In a video uploaded on social media site Instagram, Dj Fantan revealed that they were informed by someone that Tinashe had been murdered by Silent Killer, prompting a frantic search for his brother. He said:

I received a call from my mother yesterday morning. She was crying saying that my young brother had been brutally murdered by Silent Killer and his 3 friends of which one of them was a police officer.

We then took the police to where Silent Killer stays and we found my young brother lying down, with blood all over his clothes, bed and on the floor.

Silent Killer had blood on his clothes. My young brother was not dead by critical condition and was unable to speak.

When he eventually managed to utter some words, Tinashe said that Silent Killer and his accomplices handcuffed him before pummelling him with bricks and rocks until he fell unconscious.

IF YOU READ THIS STORY OF HOW TINASHE KAMUDYARIWA WAS ATTACKED BY JIMMY MUDERERI, BETTER KNOWN AS SILENT KILLER AND THREE OTHERS, IT DOES NOT REVEAL THE THE EXACT REASON WHY TINASHE WAS ATTACKED.

HARARE POLICE PROVINCIAL SPOKESPERSON INSPECTOR MWANZA SAID THAT THEY WERE STILL INVESTIGATING WHY THESE GUYS BRUTALLY ATTACKED TINASHE. IN MOST CASES BRAWLS OF THIS NATURE ARE CAUSED BY MISUNDERSTANDINGS FROM DRUGS. FOR NOW, LET US REST THE STORY THERE. POLICE ARE INVESTIGATING.

BUT LET US EXAMINE WHAT CHARGES COULD BE FACED BY SILENT KILLER AND THREE OTHERS. THEY MAY BE CHARGED WITH ASSAULT WITH INTENTION TO CAUSE GREAT BODILY HARM [GBH] OR ATTEMPTED MURDER. THEREFORE, THE FOUR ACCUSED ARE IN REAL TROUBLE.

THE ONE WHO HAS BEEN REPORTED AS A PSEUDO POLICEMAN COULD BE A MEMBER OF THE SPECIAL CONSTABLARY BRANCH OF THE POLICE FORCE.

US$8.00 Chitungwiza
Bright 6 months ago