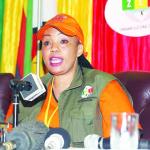 Exiled former Information Minister, Professor Jonathan Moyo has called for the disbandment of the Zimbabwe Electoral Commission (ZEC)said a reformed commission will result in the transformation of the Southern African country.

Moyo who is also a former Minister of Higher and Tertiary Education echoes calls by other stakeholders including the opposition, governance institutes and the international community who want Zimbabwe to implement political and electoral reforms. He said this Monday:

IT IS NECESSARY for @ZECzim to declare and account for the BVR kits in its custody and use in the ongoing voter registration exercise. Since BVR kits are the instruments for generating voters rolls & for creating polling stations, secret BVR kits can be used to steal an election!

When @ZECzim conducts free & fair elections as a matter of course; in accordance with the Constitution of Zimbabwe (2013), the Electoral Act, Electoral Regulations & ZEC Manual for Electoral Officers; everyone wins & when everyone wins; Zimbabwe wins. To get there, #DisbandZec!

Moyo speaks ahead of the by-elections scheduled for March and harmonised elections pencilled for 2023.

This is happening when the ruling ZANU PF is being accused of abusing state institutions including ZEC to retain power.

Some analysts say there is no incentive for the governing party to implement the requisite reforms.

Prof Moyo u are a just a failure G40 pig..shut the hell off yo stinky mouth..rubbish

Taura hako. Remember "The oppressor would not be so strong if he did not have accomplices among the oppressed - Simone de Beauvoir (Political Activist)"

I am not a ZANUPF supporter and have no intention to be one. I don't hate ZANUPF in order to support MDA Alliance. But don't deny I would support other progressive parties.

JONZO IS CORRECT IN THIS EVEN THOUGH HE IS PART OF THE MASTERMINDERS OF THE THINGS BEDEVELING OUR NATION. HE IS BITTER AND THAT IS CAUSING HIM TO SPILL THE BEANS.

The upcoming elections' results, in the current environment, are obvious. ZANUPF will win. I didn't say that is what I want and I can't deny that I would like the opposite to happen.

A farmer is better than a professor

I'm calling for the Kenyan government to repatriate that stupefied criminal J.Moyo