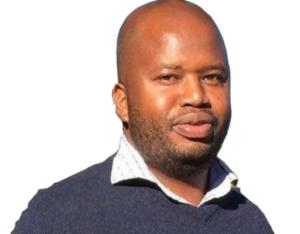 Wellington Mahohoma, a Zimbabwean development activist is seeking US$25 000 to undergo a kidney transplant in India after he was diagnosed with end-stage renal failure.

So far a total of US$8 505 has been raised of the US$25 000 target by 181 donors through the GoFundMe organised by other Zimbabwean development activists Freeman Chari and Chenayi Mutambasere.

Mahohoma, a board member of Citizens Initiative, has been involved in citizen-funded projects in Zimbabwe that include Cholera Response, Cyclone Idai Response, Construction of School blocks across Zimbabwe.

Phillan Zamchiya, a political activist based in Harare, said Mahohoma has continued to dedicate his life to the democratic struggle and to charity work in Zimbabwe. He wrote:

A good citizen, Wellington Mahohoma, needs USD 25 000 to get a kidney transplant in India as soon as possible so that he can FIGHT AGAIN. Mahohoma always said: “Serving people through seeking justice is neither an option nor choice, but a duty which we are all compelled to carry out…”.

But now the soul is willing but the kidneys are failing. Mahohoma cannot fight again. I am therefore humbly making an appeal to you and your networks to help spread the love [Message] in any helpful way so that people can donate via Ecocash 0777078387 or GoFundMe https://gofund.me/wellingtonmahohoma.

Mahohoma is a selfless and dedicated fighter who did everything in his power to help others. At the University of Zimbabwe, he was expelled and barred for life for fighting injustice-sacrificing his prestigious BSc Honours Degree in Land Surveying and Geoinformatics at the Faculty of Engineering.

During his elected tenure in the Students Executive Council (SEC), he was unlawfully detained and arrested several times. However, he continued to dedicate his life to the democratic struggle and to charity work.

An unsung hero who set up mobile health clinics to help the poor, raised money to build schools for the marginalised, personally went on the ground to help Cyclone Idai victims and fearlessly mobilised the citizens to demand democracy and vote for change.

Now this wonderful giant, one of the genuine faces of altruism, wants to fight again for the ordinary people but he cannot without help. Please find the video attached with highlights of some of his work.

Even on his birthday, 22 November 2018, he walked 25 kilometres to raise awareness on the challenges faced by the Girl Child to gain access to sanitary wear in Zimbabwe and raised some funds.

He has given everything for the poor and marginalised citizens. Now it is our turn to give a little in cash or in kind through spreading the appeal. Yes, we can.