Denver Mukamba Back In Warriors Fold 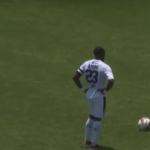 Ngezi Platinum Stars midfielder Denver Mukamba has been included in the provisional 40-member Warriors squad that will prepare for the belated 2021 AFCON finals to be held in Cameroon next month.

The 2012 Soccer Star of the Year, now 31 years old, was last called to the Warriors by Zdravko Logarusic for the CAF African Nations Championship (CHAN) finals also held in Cameroon early this year.

Warriors manager, Wellington Mpandare, could not confirm, nor did he deny that the former Dynamos playmaker is in the AFCON team. Said Mpandare:

What I can only confirm is that we have drawn up a team of 40 players who will be provisionally available for the AFCON tournament coming up in January next year.

We have since invited them via their respective teams and we are looking forward to having those players in camp as early as practically possible.

The foreign-based duo of Brendan Galloway and Marshal Munetsi, who were included in the 40-man Warriors squad, has been ruled out of the AFCON finals due to injury.

Aston Villa midfielder Marvelous Nakamba is a doubt after he was taken off in his team’s 0-1 defeat to Liverpool on Saturday due to a suspected groin strain.

Other locally-based players expected to make the provisional squad include the Dynamos duo of Bill Antonio and Godknows Murwira.

Zimbabwe, who are in Group B, take on Senegal (10 January), Malawi (14 January) and Guinea on 18 January in the group stages.

The 2021 AFCON finals are set to run from 9 January to 6 February in Cameroon.

The tournament was originally scheduled to take place in January this year but CAF decided to postpone it due to the COVID-19 pandemic.