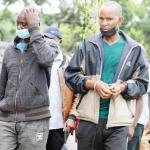 A man from Dema, Seke District, Mashonaland East Province, was on Thursday ordered to perform 106 hours of community service for trying to sell snakes.

The man, Hebert Gorimbo (38), was charged with violating the Parks and Wildlife Act after being found in possession of a cobra and a green mamba.

He pleaded guilty when he appeared before Harare provincial magistrate Tafadzwa Miti, who sentenced him to three months in prison.

However, Miti wholly suspended the three months imprisonment on the condition he performed the community service, starting on 10 January.

According to the State outline, on 5 January 2022, detectives from the CID Flora and Fauna section received information that Gorimbo was in possession of snakes that he intended to sell.

One of the detectives allegedly contacted Gorimbo on his mobile number pretending to be a potential buyer.

The “buyer” and Gorimbo agreed to meet in Chitungwiza where they would finalise the deal.

Gorimbo, who was in the company of one Desire Matambanadzo, emerged from the car to meet the purported buyers.

The team of detectives, who had gathered at Chitungwiza Town Centre for 30 minutes waiting for Gorimbo, agreed to buy the snakes for US$100 each and proceeded to Gorimbo’s car for viewing.

Gorimbo had stashed the black knotted cobra in white socks and placed it in the dashboard of his car, while the green mamba was in the glove compartment.

After viewing the reptiles, the detectives asked Gorimbo to produce a licence allowing him to possess the snakes.

He failed to do so and was promptly arrested.