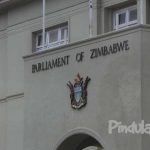 They say the legislation that is before Parliament had serious implications that would affect the work of PVOs, trusts, associations, and all organisations providing charitable services, as well as everyone who benefits from them.

In an analysis of the proposed law Wednesday, the Zimbabwe Lawyers for Human Rights (ZLHR), Zimbabwe Human Rights NGO Forum, the Legal Resources Foundation and Kubatana said the Bill sought to restrict the work of PVOs. The civic groups said:

The Bill seeks to legalise attacks on those who do not agree with the government or those who may be seen as opponents of the government. It limits the ability of citizens to access health, legal, humanitarian and other support that is offered by PVOs.

The Bill has been red-flagged for provisions that force PVOs to reveal to the minister funding that comes from outside Zimbabwe.

The legislation makes it a punishable crime for organisations to receive such funds and contributions without registration.

The Bill bans PVOs from working on issues involving politics or supporting or opposing a political party, or candidate in any election.

The Public Service and Social Welfare minister is also given powers to control operations of PVOs, including removing their leaders.