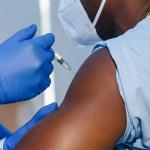 Deputy Minister of Health and Child Care John Mangwiro on Saturday said that citizens can start getting the booster shot immediately.

The government recently announced that a third booster dose of the COVID-19 vaccine was available for citizens following the discovery of a new SARS-CoV-2 (coronavirus) variant called Omicron.

Speaking to The Sunday News on Saturday, Mangwiro said the programme has officially started though there could be delays in its implementation due to issues to do with logistics. Said Mangwiro:

People can go where they got their first two jabs, if they got Sinovac, they need a third jab of Sinovac now, it’s starting now, the programme has started. Of course, there may be delays as logistics get into place.

He said those who desire to get the booster jab need to present identity particulars and frontline workers as well as people with chronic illnesses should get the jabs right away. Mangwiro said:

They carry their cards, all that they carried with them when they went for the first and second jab, they should carry them now also. There is nothing difficult.

It’s is mainly for frontline workers, like journalists, health workers, the elderly, those with hypertension, cancer, HIV, asthma and the likes, those are the ones who can go right away.

Those who work in shops, shopkeepers and supermarkets, those who meet a lot of people should go for the booster jab quickly.

President Mnangagwa recently said getting a booster jab was a way of strengthening the immunity of the population.

He said there were enough vaccines for all those who wanted the third shot.

The Government is targeting to vaccinate 60 per cent of the population by the end of December this year.

However, since the national vaccination programme was launched on 15 March, less than 3 million people have been fully vaccinated, which is far below half the target.

Jackson i think they are nolonger concerned with herd immunity but,the number of doses used,totichi because herd immunity haichabatika.

I seem to be in agreement with you. Ah but hmmm we need to be careful of overdosing people.

So should we expose those frontliners simply coz we're yet to achieve herd immunity.

Asina kutombobayiwa has some sort of resistance best known to him so work with those that are willing.

Remember, covid affects us all, it zeros down to us as individuals, so prevention is better than cure.