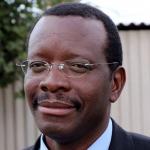 Health experts say the high temperatures associated with the summer season will not prevent a deadlier fourth wave of COVID-19 from hitting Zimbabwe or the development of more lethal coronavirus variants.

Mpilo Central Hospital acting chief executive Solwayo Ngwenya told NewsDay that the fourth wave will hit the country in December and January and the public should comply with COVID-19 protocols to avert a potential disaster. He said:

High temperatures that we are recording have no impact on new variants of the fourth wave. What is critical about this virus and its variants is the human-to-human contact.

Once you allow the population to mix and mingle freely, the virus spreads slowly reaching a peak after two to three months, then causing death and pandemonium.

Most people sleepwalk into this phase only to ‘wake up’ when it’s too late. The fourth wave will, unfortunately, be hitting us in December and January when the weather will be hot.

The call to social distance, hand-sanitise, and wear face masks properly must be reinforced.

Meanwhile, the major political parties, ZANU PF and the MDC Alliance have been conducting rallies that have attracted hundreds of people, in some instances bussing people from across the country to attend events in Harare.

It is very sad and unfortunate that political parties are disregarding the preventive measures that have been put in place by the government.

What we are seeing at political gatherings are ingredients of the fourth wave of COVID-19 currently brewing at a time when other countries are battling a new mutant Delta variant.

National COVID-19 taskforce chief coordinator Agnes Mahomva refused to comment on political gatherings which she said she was not aware of. She said:

We continue to enforce the COVID-19 regulations and we have law enforcement agents who are guarding against violations of protocols.

I would not comment on political gatherings of which I am not aware.

Several countries in Europe, particularly Russia, are struggling to contain a new wave of coronavirus infections and soaring deaths.

We are now tired of this bullshit.

Covid it is just simple Don't complicate things sometimes this is only flue bt it kills someone created this for elimination of people. now days we have many people out there training and trying there best to control this world... We only need to think straight ne kuchengetedza tsika nema gariro tinogara zvakanaka...

US$4.00 Harare
Chapwititi 6 months ago

Brother Corona is a myth,our Heavenly Father is in charge brother.I am unvaccinated,but still going on,Madhara aya arikutiitisa,but remember behold our saviour Jesus Christ is about to come.You must have faith brother,Ngwenya you is a prophet of doom.

In which country does Doctor Mahomva live in? Or she's afraid of stepping on the toes of those that feed her. How can she honestly say she's not aware of any political gatherings yet we've seen thousands being bussed to various venues,Mwenezi,Harare,Bulawayo,Lupane just to name a few🤔🤷

How do you know ukuthi ngoDecember loJanuary kuzoba le 4th wave ,are you a prophet or else do you have a hand in creating this pandemic????

@pala dont just agree with these unknown birds. If you only knew exactly what the so called corona thing is you were not gonna make those utterances. Corona its not a virus but an agent which was created to stop mass protests in Taiwan and as well as to reduce world's aged population by the Chinese government but things didn't go as planned it ended up in the wrong hands. No one can cure a virus so y is it curable? Why did these pink coloured race complained about its less effect on African race then after they complainants we found ourselves dying like flies? Wake up Africa and fight our oppressors

It is called science! We will come backe here in January if you dispute this,hopefuly covid would have spared you and you will be alive.

And it has always turned out he is right,so do adhere to covid protocols and stay safe.you can't be reckless in the name of G_d