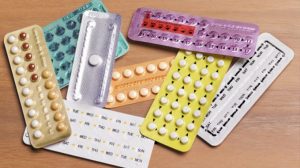 A Rusape teacher was recently arrested and appeared in court facing charges of sleeping with a minor after bedding an underage school pupil on several occasions.

Phineas Chimhowa (43), a teacher at Chingono Primary School, would tiptoe into the minor’s room in the dead of the night while her grandmother would be sleeping in the next room.

Chimhowa, who was represented by Walter Mangwende of Chigadza and Associates, was not asked to plead when he appeared before Rusape magistrate, Annie Ndiraya.

The National Prosecuting Authority (NPA)’s Innocent Mwoyowaonda told the court that the accused gave the Form Two girl contraceptive pills and abused her on several occasions. He said:

Chimhowa is the complainant’s former Grade Seven teacher. On a date unknown to the prosecutor, but during the month of January 2021, Chimhowa introduced online lessons to school children and the complainant started using her grandmother’s cellphone for those lessons.

In April 2021, Chimhowa started proposing love to the complainant through WhatsApp and the juvenile accepted the proposal in May 2021.

In August 2021, Chimhowa sent a message via WhatsApp indicating that he wanted to see the complainant at their homestead.

The complainant agreed and told Chimhowa that she was leaving the dining room unlocked so that he could enter and proceed straight to her room. The two were intimate on several occasions.

Chimhowa allegedly brought the minor some contraceptives pills and instructed her to take a single tablet each day to prevent pregnancy.

On 12 December Chimhowa allegedly took the juvenile to his house at the school and slept with her again.

The matter came to light in January this year when the girl’s aunt found some contraceptive pills in her bedroom.

She quizzed the minor over the issue and she revealed what had been happening between her and the teacher.

A police report was made, leading to Chimhowa’s arrest.

Waba zita rangu iwe. Stop it before I report you to the council of elders on this platform.

Painful though, but this girl lyks thingz...kubvuma

US$4.00 Harare
Daily prophecy 3 months ago

Bcoz of marange it has gone wild