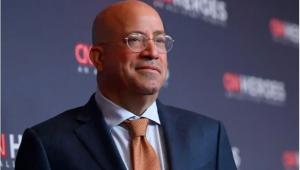 CNN chair Jeff Zucker resigned on Wednesday following the disclosure that he was having a relationship with another senior executive at the news organization.

In a memo to staff obtained by the New York Times, Zucker said he was in a consensual relationship with his “closest colleague” and had failed to disclose it, as required by company policy.

The colleague is Allison Gollust, CNN’s executive vice-president and chief marketing officer. Gollust and Zucker have worked together for 20 years.

The relationship came to light during the network’s investigation into the conduct of Chris Cuomo, the CNN anchor fired for trying to help his brother, the former New York governor Andrew Cuomo, fight accusations of sexual misconduct. Zucker wrote:

As part of the investigation into Chris Cuomo’s tenure at CNN, I was asked about a consensual relationship with my closest colleague, someone I have worked with for more than 20 years. I acknowledged the relationship evolved in recent years. I was required to disclose it when it began but I didn’t. I was wrong.

Zucker, 56, also stepped down as chair of WarnerMedia’s news and sports division.

Meanwhile, Gollust said she was remaining in her role at CNN. In a statement obtained by the Times, Gollust said:

Jeff and I have been close friends and professional partners for over 20 years. Recently, our relationship changed during COVID. I regret that we didn’t disclose it at the right time. I’m incredibly proud of my time at CNN and look forward to continuing the great work we do every day.

Both Zucker and Gollust are divorced.

lts a fact Kembo dd not leave all posts .You cant say l no longer take alcohol while u are refering to wine and hot stuff bt continue drinking clear beer ie castle lager and the like.

There is no need for the lady to resign coz get has already resigned.Most company polocies say u are not allowed to have a sexual relationship if u are in the same branch .Its advised that any one of the 2 resigns or transfers.l actualy never said the lady resigned.

Even this lady......Gollust didn't resign at all post....read the article again

Mohadi dd not leave willingly he actualy challenged the allegations at first and continued as VP .What happened to him is similar to what happed to Bob .U cant say Bob resigned

No he dd not leave all posts .at party level he is still vp.ls he saying his party condones his behavior? lf he thout he was no longer suitable to b the Countries vp it shld have cascaded to party level unless the party tolerates immorality

lts only in Zim and a few other countries where l have never heard an official resign bcoz of incompetence ,scandal or otherwise.We try by all means to make our posts lifetime posts .Even if someone is suspended or fired they still come back to work by force.eg the currently Zifa situation

He was conered like Bob .U cant say bob resigned.Wes mohadi still holds high posts in the ruling party ,he did not resign everywhere,his scandal shld hv affected him even in the party structures