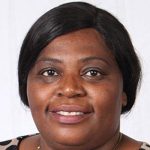 Representatives from the Government and civil servants are set for another National Joint Negotiating Council (NJNC) meeting on Friday (tomorrow) with the issue of salaries high on the agenda.

The two parties held their first NJNC meeting of the year on Wednesday where improving the welfare of civil servants took centre stage.

Early reports had indicated that the meeting failed to kick off yesterday as representatives could not connect on Zoom due to connectivity and power challenges.

However, the Permanent Secretary in the Minister of Public service, Labour and Social Welfare, Simon Masanga, said the Government tabled on offer to civil servants and the latter requested another feedback meeting which will be held tomorrow. Said Masanga:

Yesterday we had a virtual meeting where we deliberated on the offer that the government was putting on the table.

Workers requested to go and consult their membership and come back with the feedback tomorrow on the cost of living adjustment and other non-monetary benefits that government workers are entitled to.

Chairperson of the Apex Council, the umbrella body of civil servants representatives, Cecilia Alexander, confirmed that they will be meeting with the Government on Friday.

IT IS TRUE THAT CIVIL SERVANTS AND PENSIONERS HAD BEEN BORED TO THE BONE MARROW THIS MORNING WHEN THEY WOKE UP TO BE GREETED WITH NEWS THAT GOVERNMENT AND WORKERS REPRESENTITIVES HAD FAILED TO MEET BECAUSE OF INTERCONNECTIVITY PROBLEMS.

HOWEVER NEWS STARTED FILTERING IN THE AFTERNOON THAT THEY HAD HOWEVER MET AND PROMISED TO MEET AGAIN ON FRIDAY. APEX COUNCIL HAD ASKED FOR TIME TO CONSULT THEIR CONSTITUENCIES.

ALL CIVIL SERVANTS ARE KEEPING THEIR FINGERS CROSSED ANTICIPATING TO RECEIVE GOOD RESULTS AT THE END OF THE DAY TOMORROW.

@Greedy meening what izvo ndazvinzwa izvo i want the meaning of the parable in relation to the STORY.

as for me, i hope for the best.

Mhazi of silobela 1 week, 1 day ago

Kkkkk Teachers and nurses are the only known civil servants who can fight for justice wages. Soldiers, Police officers, ZPCS, Intelligent Officers are bound by the so called oaths to keep quite. However they rejoice when they see teachers and nurses striking and pushing for salaries which are human enough to support human living.
Munyu hauchavava Mamukanganwa here