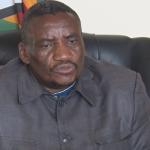 The Civil Protection Unit (CPU) says it has acquired 18 drones to be used for surveillance and reaching areas affected by natural disasters such as floods countrywide.

The Meteorological Services Department (MSD) has warned that most parts of the country will receive normal to above-normal rainfall during the ongoing 2021/22 rainy season with some of the rainfall events likely to trigger flooding.

Some areas have already started experiencing the destruction of infrastructure such as schools and houses due to hailstorms and thunderstorms accompanied by strong winds.

Speaking during a regional symposium on the impact of climate change on humanitarian issues being hosted by the Government in collaboration with SADC and United Nations High Commissioner for Refugees in Victoria Falls, CPU acting director Nathan Nkomo said there was a need to have drones and warehouses in preparation for disaster. He said:

I am happy to say that disaster preparedness starts with planning.

… We must have infrastructure like drones and warehouses which supports the ideas we have.

We need drones and luckily we got 18 from a partner and we will eventually use them to collect intelligence in the event that bridges and roads are swept away.

Nkomo said CPU was currently training its workers on how to use the drones and information technologies associated with the servers and connectivity that will be used.

Thank you for the preparedness. Show us the drones we want to see what they look like.

Tozvitenda, hope yu are going to use them for their desired purpose

That's a welcome development we need to be prepared for these disasters given t the experience we had before give us lessons that we should put up these structures in place.

Reply Report Abuse
On their behalf 5 months ago