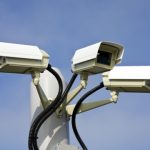 The Central Intelligence Organisation (CIO) and police detectives are stalking Botswana citizens of Indian origins who are booked at a hotel in Masvingo after getting intelligence they were funding opposition leader Nelson Chamisa’s nationwide campaigns.

According to the memo, Sarfaraz Ahmed Khan is a member of the Botswana opposition party and is also a representative of the Islamic Society of Botswana. The document, seen by NewZimbabwe.com, reads:

On this date (18/11/21) and time operatives gathered information to the effect that there are Indians Nationals who are working with Chamisa.

I nformation reveals that these Indians are supporting Chamisa with resources in form of cash so that he could do rallies across the country. The Indians are housed in various Hotels in Masvingo Town.

The Motswana nationals are Five in number and their names are Sarfaraz Ahmed Khan, Muneer Ahmed Khan, Muddathir Ahmed Khan, Abdul Razak Khan. Further information revealed that these Indians are now planning to relocate to Greater Harare in Hotel. Currently the Indians are booked in a Hotel in Masvingo. Operatives will keep monitoring these people and another memo will be effected.

Names of people working with them in Masvingo have also been stated as one Selemani a former army Colonel, Takunda Hungwe and Gulam Mohammed Patel.

Police assistant commissioner Paul Nyathi, however, said the document does not belong to the police.

Under the Political Parties Finance Act, political parties should be funded by Treasury depending on how many seats they hold in Parliament.

Uhm this is naked lies , I live close to takunda mentioned in the story those Indians are doing mining in mashava and have no links of politics here .Truely speaking I have been working there and takunda was my boss .Uhm people like veduwe .

Chamisa is sociable both in Zim and foreign country ,so if someone want to help him apana pressure there is no valid reason for disturbance.

@Mujumba, there is no truth with regards to your allegations about political funding from China and Belarus to any political party here in Zimbabwe. These are just lies which can not be substantiated by credible evidence. As far as I know ZANU PF commands a massive majority in parliament and therefore an automatic beneficiary under the Political Parties Finance Act. ZveBelarus neChina hameno zvinobvepi ?

Political Parties Finance Act is impossible to enforce; parties will always get money under the table from local or international well wishers. Chamisa is being targeted because he's Chamisa - the biggest external threat to Zanu pf otherwise everyone, including Zanu pf, get money from from well wishers in contravention of the Political Parties Finance Act.

"...Information reveals that these Indians are supporting Chamisa with resources in form of cash so that he could do rallies across the country."

@My Country, My Life According to the Memo they're supporting Chamisa not MDC Alliance and Chamisa is using the money to do rallies. He might be a politician but he has a personal life too.

THE SAME ACT OF PARLIAMENT FORBIDS POLITICAL PARTIES TO BE FUNDED FROM FOREIGNERS. I FEEL THAT THE LAW HERE IS AN ASS BECAUSE GOVERNMENT HAS PHYSICAL AND ECONOMIC POWER TO MUSCLE OUT THESE OTHER SMALL PARTIES OUT OF VIBRANT AND MAINSTREAM POLITICS.

I THINK THOSE WHO WANT TO FIND OUT IF A CERTAIN POLITICAL PARTY IS BEING FUNDED FROM OUTSIDE OR NOT ARE CHASING A WILD GOOSE. MONEY THESE DAYS IS TRANSPORTED INTO COUNTRIES IN SUITCASES THROUGH POROUS BORDERS.

@Gaffer, our law does not permit that in terms of the Political Parties Finance Act.

Anyone should freely sponsor anyone

Reply Report Abuse
My Country, My Live 5 months ago

If this is true that our security forces are tracking these people from Botswana, I have no problems with this. They are doing their job to protect our country and the lives of citizens. We can not expect them to fold their hands. What if these people are terrorists ? Hats off to our security forces for acting, if at all the document purportedly seen by NewZimbabwe.com is genuine.

CIO needs to revisit their priorities. We need to eradicate the problem of armed robbers that are terrorizing innocent people not this nonsense. Leave opposition parties alone this is a major reason why sanctions are being renewed every year