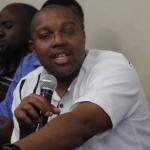 The Central Intelligence Organisation ( CIO) deputy director-general Gatsha Mazithulela, through his lawyers at Titan Law, has approached the High Court questioning the legality of the purchase of Kershelmar Farm by Zephania Dlamini, Charles Moyo and Siphosami Malunga.

First to third applicants (Malunga and his business partners) contrived a plan to buy rural agricultural property without following laid-down procedures. The law is clear — obtain a certificate of no present interest. In the absence of such a certificate, the sale, in terms of the provisions of the law, is null and void.

Said applicants knew this, and they know it now; but there is deliberate, if not disturbingly abnormal denialism on their part. They consider themselves above the law. They are delusional and paranoid. They see, smell and hear conspiracies everywhere.

The CIO boss argued that Malunga and partners did not comply with the provisions of Section 4(1) of the Land Acquisition (Disposal of Rural Land) Regulations of 1999, which gives the Minister of Lands and Agriculture powers to issue a certificate of no present interest.

Mazithulela further accuses the Esidakeni Farm owners of failing to produce a certificate of no present interest.

He further argues that Moyo, Dlamini and Malunga do not own shares in Kershelmar Farms.

Malunga, Dlamini and Moyo said Section 4(1) of the Land Acquisition (Disposal of Rural Land) Regulations, 199 (Statutory Instrument 287 of 1999) is directed to the seller and not the purchaser.

They said Mazithulela and other respondents were aware that an agreement of sale existed between Malunga, Moyo, Dlamini and Swindles.

Malunga and his associates said they bought the farm in 2016 in pursuit of their commercial interests.

Mazithulela and other senior government officials are trying to wrestle the land from the three businessmen.

I suspect kuti these guys might have bought that farm using intimidation,or maybe they claimed to be CIO's themselves.Now they are facing the real boss of the CIO himself.

Give to Ceaser what belongs to Ceaser. Nyika iyi inavamwene wavo!