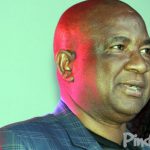 Chiyangwa took 30 settlers to court after they had invaded the farm and claimed ownership of the property despite the fact that the farm was gazetted.

Last year, Chiyangwa won a similar case, which resulted in the settlers being thrown out of the farm. However, others continued to occupy the farm and allegedly damaged Chiyangwa’s property.

The settlers filed an urgent chamber application against Chiyangwa seeking an order interdicting him from interfering with their occupation.

They also accused him of buying police officers to ensure that they intimidated them, further stating that in fear of victimisation by the MP, they are staying in the mountains.

The judge said anyone who remained in occupation of the land would be committing a crime.

He said the settlers were aware that the land they occupy was duly acquired by the State and gazetted, therefore, they don’t have to wait to be evicted as the law requires them to give up occupation voluntarily.

He added that the police officers were only exercising their law enforcement duties, adding that it was the duty of the sheriff to evict them.