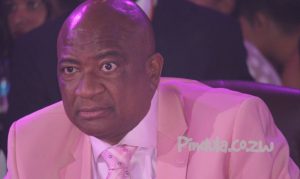 Norton legislator, Temba Mliswa, has accused ZANU PF Member of Parliament (MP) for Zvimba South, Philip Chiyangwa, of being in a habit of deliberately spreading the Human Immune Virus (HIV) to young girls.

An audio clip of Mliswa criticising the ex-ZIFA president recently made on social media with the former threatening to deal with him.

Mliswa posted on social media saying his only intention was to tell Chiyangwa to stop his habit. Pindula News presents Mliswa’s post:

I have been busy at the farm & returned to the news of a leaked voice note. It should be understood that the audio was between myself & Chiyangwa. It was never meant for the public & it’s being leaked is clearly aimed at tarnishing me after the interview I had with Lance Guma.

About what I said relating to HIV, the point remains that I said it to Chiyangwa telling him to stop the habit of deliberately spreading it to young girls. It was never meant to stigmatise those who are positive. I have nothing against positive people.

My mother was a nurse for many years & conscientised us about the virus. Today I actually have a foundation that assists positive people & I have relatives who have died of it. I understand that there is nothing to shame people about it.

He accused Chiyangwa of leaking the audio as a strategy to have him criticised by members of the public.

Themba you are brave leader,keep it up son.The truth must be told once and for all.

On your marks, get set ,ready ,go.Baba Mliswa liloqalo i think you'll get a beating for this.It wont end wello.

US$0 Harare
The Terraces 3 months ago

Medic, medic, where is the medic 🚑🚑

This is shameful,. So you pretend to be honest when talking to young people yet you're are the leading perpetrators. What will you want the generation to be. You must be the ones whom we could tell, what's this? Now we depend on whom, now you are useless, all those organizations which you formulate, what's now the purpose of them. We then now afraid even to talk,,,,,,,. Shame don't do this, though I'm no longer trusting you then.