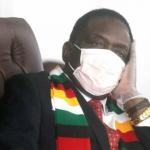 Analysts who spoke to NewZimbabwe.com concurred that Chiwenga’s remarks were mere political banter aimed at easing tension between him and his principal following reports he is manoeuvring to wrest power from him.

Addressing ZANU PF supporters in Beitbridge on Wednesday, Chiwenga claimed that the party would rule forever and would change the constitution to allow Mnangagwa to rule for life.

Political analyst Alexander Rusero described Chiwenga as an excitable character trying to give his boss the impression that he had no presidential ambitions. Said Rusero:

I don’t see anything outside political banter, excitable characters trying to allay allegations of factionalism and divisions which are rocking the party.

I think in all earnest, the VP is trying to please his boss. After all, we are in an election mood. The election season is already upon us where one can say anything.

I do not think we can depict a national mood looking at what Chiwenga uttered on a podium or a platform where he was showering heaps of praises to his boss ED.

I do not see any innuendos beyond that, but it becomes problematic when a whole VP who is supposed to be the epitome of policymaking parroting such sentiments.

SAPES director, Ibbo Mandaza noted the muted response by the crowd to Chiwenga’s utterances, saying no one would be foolish to be moved by Vice President Chiwenga’s remarks. Mandaza said:

l think it was sheer rhetoric meant to conceal a lot of things happening behind the scenes. I saw the video; the response of the crowd is muted. There was no cheering.

It was a very mute response. Even the audience is not lost to the noise behind it all. People will be foolish if they get moved by that.

But renowned academic Nhamo Mhiripiri believes the ruling party, which enjoys an overwhelming majority in Parliament, change amend the Constitution if it decided to do so. He said:

Any majority party can make claims that they are doing the changes. There is a possibility ZANU PF can do that and it’s constitutional when there is a need to involve everybody, like in a referendum which is more universal as compared to the elected MPs.

With elections, you can never be sure. There might be lobbyists who might think they might have mire vision and insights on why extensions might be problematic but as long as those people are in the minority, it becomes a problem, so is it a popular will? That is the question.

This comes after ZANU PF, using its parliamentary majority, passed the Zimbabwe Constitutional Amendment Bill (Number 2) in May.

The law scraps the running mate clause in the supreme law and gives the President power to appoint judges.

Non politician but an Observer

RG i can see your motives unourayisa vanhu pano kkk

@peacemaker THANK YOU but you made peace before the great war began .
However i agree with all of you as a retired army general in political comments , the jenarari was threatening us and he told us that if we continue with the accusations they can make the president a life president so l say lets advance the accusations , lets hash tag chiwenga president , lets bring what he is trying to escape thinking its too early and trust me Zimbabwe will witness another non-violent coup .

@Bush Lawyer a.k.a William it's shocking to note that out of your bulk multiple words,you simple said nothing.You beat about bushes,scared to mention the truth.

Every vice or deputy dreams and wishes to be the Boss.ED Mnagagwa did it.I think it is very normal.

As for the life Presidents issue,it's only Mugabe who ruled as the Zimbabwe President under ZANU pf,why do you speak like they are numerous?

Try writting in small capital letters,you are intimidating us with your long big words.

AND I WAS THE BAD GUY? EVERYTHING THAT IS HAPPENING IS A RESULT OF OUR PAST MISTAKES.

WE HAVE TO ACCEPT THE REALITY WE HAVE FAILED THESE INNOCENT PEOPLE OF ZIMBABWE THEY DESERVE BETTER LEADERSHIP. I APOLOGIZE TO EVERY LIVING ZIMBABWEAN, PLEASE FORGIVE ME, I FAILED YOU AS A LEADER, I ABUSED MY ROLE AS A LEADER.

I BETRAYED THE FAITH YOU HAD IN ME, I SHOULD HAVE LET GO WHEN YOU DECIDED YOU WANTED CHANGE. I SHOULD HAVE MADE YOU A MAJOR PRIORITY. IT WAS MY RESPONSIBILITY AS A LEADER. PLEASE FORGIVE ME..

LET GO OF YOUR DIFFERENCES AND HATRED, OPEN YOUR EYES EVERYTHING THAT IS HAPPENING IS AS A RESULT OF YOUR LACK OF UNITY. A BRIGHTER ZIMBABWE IS POSSIBLE, ONLY IF YOU HAVE A UNITY OF PURPOSE, ONLY THEN ARE YOU CAPABLE OF ACHIEVING A BRIGHTER AND PROSPEROUS ZIMBABWE.

ITS TIME FOR A CHANGE. CHANGE IS POSSIBLE IT'S NEAR. TOGETHER YOU CAN ACHIEVE IT.

Zimbabwe will never be colonised by a political party again!

Comrades and friends i do stand and condemn the autocratic and the dictactorship mentality brought forward by the sons of the liberation struggle and the revolutionary party it self that fought for freedom,therefore Zimbabwe to move to the more civilised and devolopment era,young leaders i.e our children must take over the gauntlet and lead.That is freedom.

I thank you
comrades and friends of the Soviet Republic of Zimbabwe.

THE BUSH LAWYER WISHES TO JOIN SENIOR POLITICAL ANALYSTS IN THE DISCUSSION OF THE STATEMENT ATTRIBUTED TO HONOURABLE VICE PRESIDENT CONSTANTINO CHIWENGA THAT HE SAID THAT ZANU PF WOULD AMEND THE CONSTITUTION TO ALLOW PRESIDENT MNANGAGWA TO ENJOY PRESIDENCY FOR LIFE.

I WILL NOT DISCUSS WHETHER VICE PRESIDENT CHIWENGA HAS PRESIDENTIAL AMBITIONS OR NOT BECAUSE THAT AREA IS IS TOO HOT FOR ME. [NDAITA MUTETE VARUME WEE].

FOR SOME OF US WHO HAVE KNOWN ZANU FROM THE 1970s CHRISTIANED ZANU PF IN 1987, WE WERE NOT SURPRISED TO HEAR SUCH COMMENTS COMING FROM VICE PRESIDENT CHIWENGA BECAUSE THAT HAS ALWAYS BEEN ZANU PF MENTALITY. ONCE THEIR LEADER ASSUMES THE OFFICE OF THE COUNTRY'S PRESIDENCY, THEY WISH IF HE COULD BE IN THAT POSITION FOR LIFE.

DO YOU STILL REMEMBER WHAT DOCTOR STOP IT [GRACE MUGABE] ONCE SAID ? SHE REMARKED THAT ONE DAY HER HUSBAND, THE LATE ROBERT GABRIEL MUGABE, WAS GOING TO BE PUSHED IN A WHEELBARROW BACK AND FORTH IN OLD AGE FROM WORK TO HOME !!!!!

ZANU PF HIERARCHY IS SO OBSESSED WITH LIFE PRESIDENCY STATUS THAT THEY THINK ONE WOULD ACHIEVE ETERNAL LIFE IF HE IS DECLARED LIFE PRESIDENT. THEY DO NOT REALISE THAT LIFE PRESIDENT STATUS IS ARCHAIC AND PRIMITIVE.

YES, ZANU PF HAS ENOUGH NUMBERS IN PARLIAMENT TO PASS SUCH A LAW, BUT I THINK THE CONSTITUTION SAYS SUCH IMPORTANT ISSUES MUST FIRST GO TO THE TEST OF REFERENDUM. A REFERENDUM INVOLVES ALL THE PEOPLE ELIGABLE TO VOTE IN ZIMBABWE AND NOT ONLY 210 PARLIAMENTARIANS. WE ARE TOLD BY SENIOR ANALYST, CAMARADA IBBO MANDAZA THAT THE CROWD DID NOT CHEER VICE PRESIDENT CHIWENGA WHEN HE SAID THIS. IT WAS A STRONG INDICATOR THAT NOT ALL ZANU PF MEMBERS WANT LIFE PRESIDENTIAL STATUS.

Remember the story of the scorpion and the frog crossing the river. Hanzi ne scorpion frog ndibereke, I wont sting you. But whats the scorpion's nature? Watch this space😎

Its his right to say out what ever comes in his mind but, the truth remain the same of power struggles in zanu pf (kukwidzana ndege yemashanga kkkk).The economy is failing everyday, please take not 2008 is very close.

thus dictatorship we always talk about how can you amend costitution ti that level to have a one,party state I dont support that idea