Chivhu Resident Could Be Amputated After Police Unleashed Dogs At Him 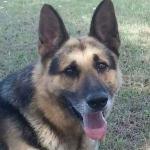 Darlington Manjokota (28) is admitted to Chivhu General Hospital after Police in the town unleashed dogs on him on Wednesday last week.

Medical sources told The Mirror that Manjokota’s hand may be amputated.

The Policeman who unleashed the dog on Manjokota identified as Taurai Ruziwa accused Manjokota of throwing a stone at him.

National Police Spokesperson Assistant Commissioner Paul Nyathi told The Mirror that he was not aware of the incident.

The Mirror visited Manjokota at Chivhu General Hospital where he is admitted. He told the publication:

I was leaving the bar and suddenly people started fleeing in different directions. I ran away trying to find a place to hide but I did not realise that I was going in the direction of the Police.

They then let loose their dog and it attacked me. It dragged me 8 metres towards the police officers. They picked me up and dumped me at the hospital.

I confronted Ruziwa the next morning over the matter and he threatened to throw me into the cells. He accused me of having thrown a stone at the Police.

He added that CHRRA responded swiftly with medical bills but the immediate decision was for his hand to be amputated. Said Manjokota:

Am not sure whether I am now safe from that since I am receiving treatment from the hospital ward.

Zvarevashe who is already mobilising resources to assist Manjokota said police have rendered Manjokota unable to fend for his family.

Plz lawyers for human rights help this guy sue th home affairs. Justice must b done or seen to b done

#ZimbabweanLivesMatter.
Black man knows no justice,peace and Freedom.We black people descriminate,abuse and kill each other.African the home of civil wars and unrest,the home autocracy,detectorship and the home of civil rights abuse.
Zimbabwe will always be colony of injustice ,as long as we abuse the rule of law.Corrupt unrepented security details are a mere wave of disorder and promoters of politikal instability.The messengers of doom.